Republic day 2023 in India is going to be celebrated on the 26th of January, on Thursday. In 2023, India is celebrating its 73rd Republic Day. The First Republic Day of India was celebrated in 1950.

Republic day in India is celebrated every year with great honor on the 26th of January to honor the Constitution of India as it came into force on the same day in the year 1950. It had replaced the Government of India Act, of 1935 into the governing document of India.

On this day, a national holiday is declared by the Indian Government. The new Indian constitution was sketched and approved by the Indian Constituent Assembly which decided to celebrate it on the 26th of January every year as India became a republic country.

The chief guests on Republic Day of India 2020.

Below is the list of names of Chief Guests and their Nations: 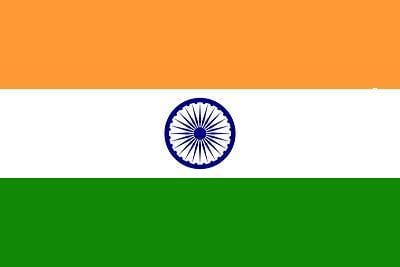 January 26 is declared a gazetted holiday all over the country by the Government of India. It is celebrated throughout India with great enthusiasm by the students and teachers in schools, colleges, universities, and other educational institutions.

An excellent parade and salute event is held by the military team at the Rajpath in front of the India Gate in New Delhi, India.

HOW REPUBLIC DAY IS CELEBRATED

Events and celebrations are organized with great effort by the Government of India all ready to celebrate Republic Day in the Capital. At Rajpath and in the state capitals, New Delhi holds a huge military parade. Participants from the Indian Army, Air Force, Navy, and traditional dance group takes part in the parades.

In New Delhi, the parade starts especially when the prime minister offers garland at the India Gate’s Amar Jawan Jyoti. It is done to commemorate all the sacrifices of the Indian army soldiers while saving their country.The President of India takes the military salute during the parade in the capital, while state governors take it in the state capitals. On this special day, a foreign head of state becomes the chief guest of the president.

On this day, soldiers, common people, and students receive national awards (Maha Veer Chakra, Ashok Chakra, Param Veer Chakra, and Veer Chakra) and bravery medals. Armed forces helicopters do the parade in the surrounding area of the India Gate to shower the rose petals over an audience. For the honor salute to the president, the staff of the Indian Air Force performs a fly parade accompanied by the smoke of the Indian flag in the form of a tricolor representing the Indian flag, and motorcycle rides are performed by armed forces staff

A range of traditional and cultural programs is performed by professionals from different states to focus on the history and culture of the country. As part of this grand celebration, a prime minister’s rally and Lok Tarang-National Folk Dance Festival will take place between the 24th and 29th of January.

All the Government and non Government offices of the nation and state including post offices, and banks are closed on this day. The security on this day is enhanced because of the large crowds and to avoid any problems for the common people.

India got freedom from British Rule on the 15th of August in the year 1947. At that time, there was no permanent constitution of the country. The first draft of the Indian Constitution was presented by the drafting committee to the national assembly on the 24th of January in the year 1950.

On Republic Day, January 26, 1950, the Constitution of India went into effect. From that time, the 26th of January was celebrated as Republic Day in India. It was on this day that India was declared a Purna Swaraj country, which led to its celebration as Purna Swaraj Day every year.

The Constitution of India brought the power to the Indian citizens to select their own government. The oath was taken by Dr. Rajendra Prasad as the first president of India at Durbar Hall in the Government House. India has a big history of celebrating Republic day.

Republic Day is the symbol of true spirit for independent India where military parades, exhibiting military equipment, salute to the national flag by the Indian president and a variety of events are taking place on this day. Indian national flag has a horizontal tricolor (upper saffron, middle white, and bottom of dark green color divided in equal proportion) and a wheel (navy blue color, having 24 spokes) in the center representing the Sarnath Lion Capital of Ashoka.

India is a country having people of different cultures, societies, religions, and languages who interplay with each other harmoniously. Independence for India is great pride as it was obtained over years after facing a variety of obstacles and hurdles.

Like every year, India would follow the great Indian culture and tradition of “Atithi Devo Bhav” of welcoming the Prime Minister of another country as a chief guest. Next year, on Republic Day 2016, India may heartily welcome the France President, Francois Hollande, as a chief guest at the Indian Republic Day. Listed below are all the chief guests welcomed in India on Republic Day since India became a republic: 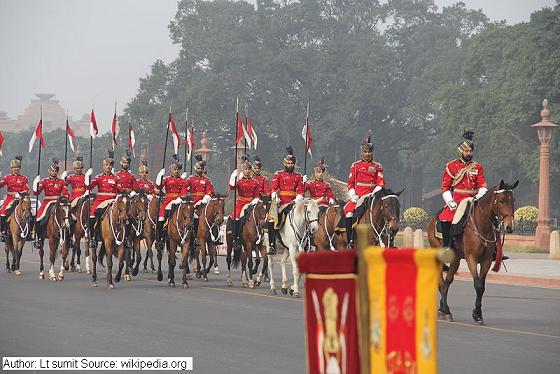 This is the real picture of the Republic Day parade at the Rajpath by the President’s Body Guards, coming out from the President’s house, wearing the winter ceremonial dress. The Bodyguard of the President of India becomes a specially selected Indian Army from the cavalry regiment, based in the Rashtrapati Bhawan, New Delhi, and a senior most unit of the Indian Army. The Bodyguards of the Indian President become fully responsible for guiding and protecting the President of India. They become fully equipped with equipment, and BTR-60 vehicles to use in any combat and ride horses. 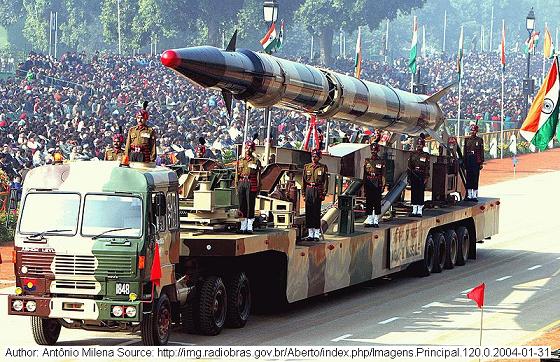 As a successor to it, India developed the Agni-III ballistic missile in June 2011. 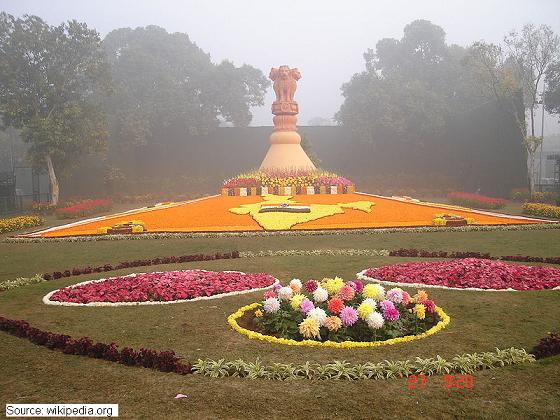 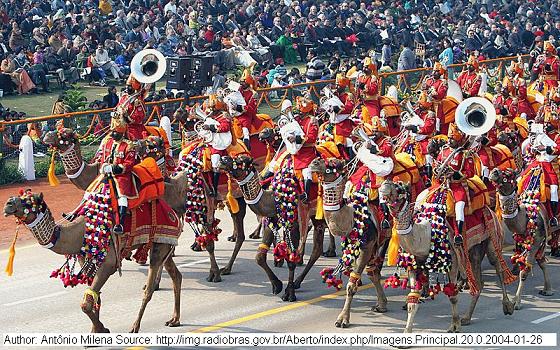 This is the snap of the Republic Day parade by the exclusive BSF Camel Contingent of India at the Rajpath. BSF of India become the Border Security Force of the Government of India, under the administrative control of the Ministry of Home Affairs of India, which is responsible for guarding the international Indian borders. The BSF is one of the specially selected Central Armed Police Forces which was established on the 1st of December in 1965 to safeguard the international borders of India and to prevent trans-border crime.

The Indian Border Security Force consists of around 240,000 personnel (men and women) divided into 186 battalions. Indian BSF is the largest border-guarding force all over the world. The first Director-General of the Indian BSF was K. F. Rustomji who founded the BSF in India and is known as the “Founding Father of the Indian BSF”. 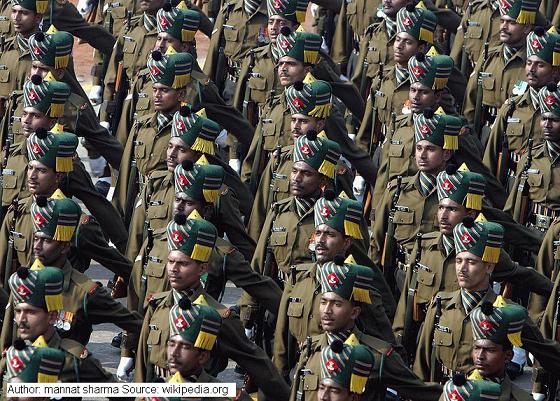 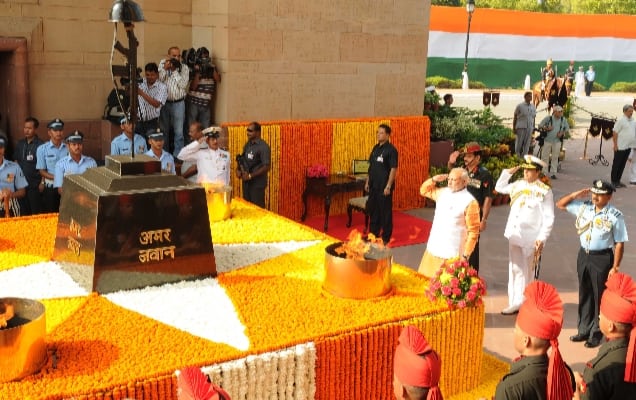 PM Narendra Modi has paid floral tribute and gave a salute to the sacrificed Indian soldiers at Amar Jawan Jyoti at India Gate, Rajpath. He also signed the ceremonial book of the Republic Day celebration. 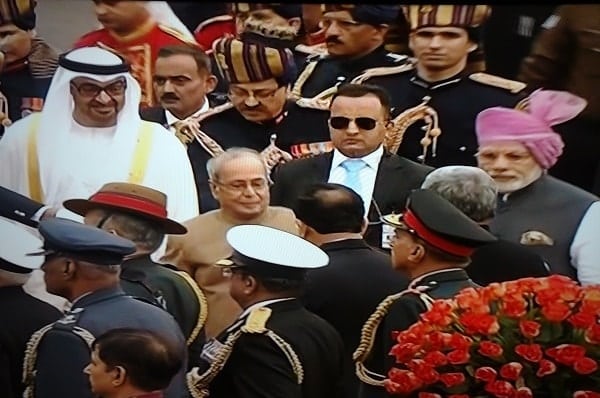 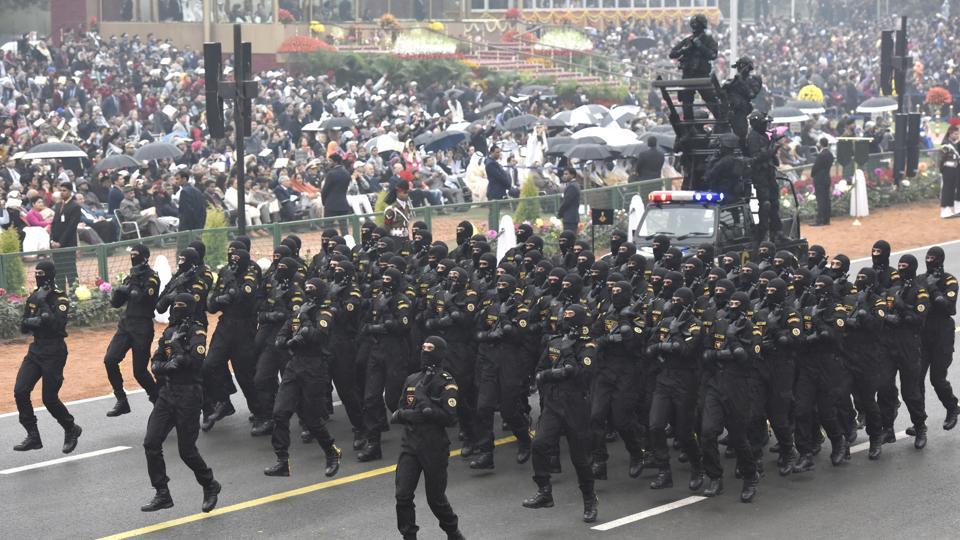 Debut show by NSG (National Security Guard – a team of 140 commandos) at Rajpath on this Republic Day representing their brilliant skills. Skill India tableau at Rajpath promotes skill development and entrepreneurship all through the country. 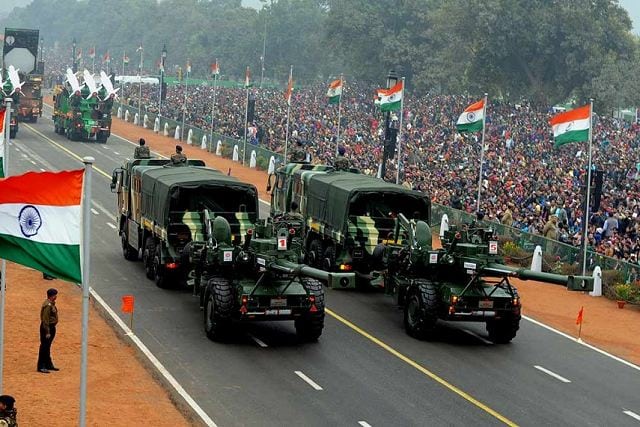 Display of Howitzer Dhanush (Made in India, designed by Ordnance Factories Board) at Rajpath. Its maximum firing range is 38 Km. It is a 155 mm towed howitzer to be used by the Indian Army. 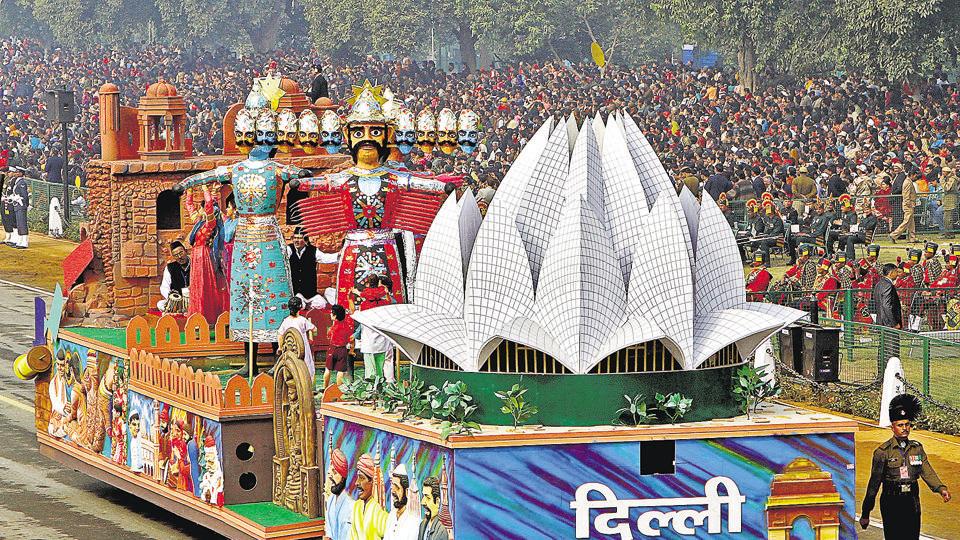 A tableau by the Model Government School Delhi displaying the transforming education system for the bright future of students. A tableau by the Central Board of Excise and Customs displaying GST, the new tax system in India.

You May Also See:-