Republic Day Essay 2020:- Republic Day (26th of January) is a special day for India, celebrated annually as a National Festival all over India to commemorate and honor the day when the Constitution of India came into force (26 January 1950) as the governing document of India. 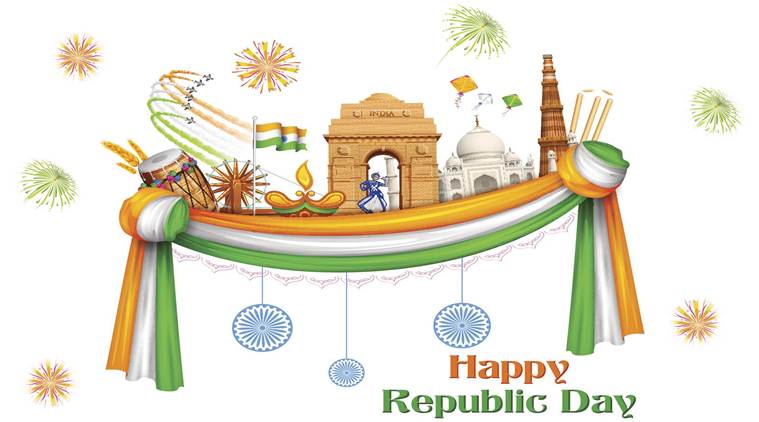 ESSAY ON REPUBLIC DAY OF INDIA

You May Also See:-

26 January is known as Republic Day which is celebrated by the people of India every year with great joy and enthusiasm. It is celebrated to honor the importance of being the Sovereign Democratic Republic which was declared after the enforcement of Constitution of India in 1950 on 26th of January. It is celebrated to enjoy and remember the historic Independence of India from the British Rule. 26th of January has been declared as the gazetted holiday all through the country by the Government of India. It is celebrated by the students all over India by getting participated in the events organized in schools, colleges, universities and other educational institutions.

The government of India organizes an event every year in the National capital, New Delhi where a special parade is held in front of the India Gate. People started to assemble at the Raj Path in the early morning to see the great event. A parade of all three wings of Indian armed forces starts to form the Vijay Chowk displaying various arms, weapons, tanks, big guns and etc. Military bands, N.C.C cadets, and police also take part in the parade playing different tunes. Some Mini celebrations by the state capitals are also taken place in various states in the presence of state governor.

Various states of the country also display particular Jhanki related to their culture, tradition, and progress after independence showing the existence of ‘Unity in Diversity in India’. Folk dances are exhibited by people as well as some dancing, singing, and instruments plying activities take place. At the end of an event, a tri color (saffron, white and green) flower showering with airplanes takes place in the sky showing the symbol of National Flag. Some colorful balloons are also flown in the sky indicating the symbol of peace.

Our Motherland India was a slave under the British rule for long years during which Indian people were forced to follow the laws made by British rule. After long years of struggle by the Indian freedom fighters, finally, India became independent on 15th of August in 1947. After two and half years later Indian Government implemented its own Constitution and declared India as the Democratic Republic. Around two years, eleven months and eighteen days were taken by the Constituent Assembly of India to pass the new Constitution of India which was done on 26th of January in 1950. After getting declared as the Sovereign Democratic Republic, people of India started celebrating 26th in January as a Republic Day every year.

Celebrating Republic Day every year is the great honor for the people living in India as well as people of India in abroad. It is the day of great importance and celebrated by the people with big joy and enthusiasm by organizing and participating in various events. People wait for this day very eager to become part of its celebration again and again. Preparation work for the republic day celebration at Rajpath starts a month before and way to India Gate becomes close for common people and security arrangement done a month before to avoid any type of offensive activities during the celebration as well as the safety of the people.

Students of schools and colleges are very keen to celebrate this event and starts preparation around a month before. Students performing well in the academic, sports or other fields of education are honored with the awards, prizes, and certificates on this day. Family people celebrate this day with their friends, family, and children by participating in activities organized at social places. Every people become ready in the early morning before 8 am to watch the celebration at Rajpath, New Delhi in the news at a TV. At this day of great honor, every Indian people should sincerely promise to safeguard the Constitution, maintain peace and harmony as well as support in the development of a country.