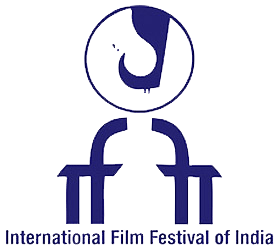 The International Film Festival of India first started in the year 1952, is considered as the most significant film festivals all over the Asia. It is celebrated annually from 20th November to 30th November at the beach in the Goa which intends to display the excellence of the film art through the common platform. It involves contributing to the understanding of the culture of the film industry of different nations in order to promote friendship and collaboration among the people worldwide.

The celebration of the international film festival is organized by the Ministry of Information and Broadcasting and the Government of Goa. The 42nd edition of it was celebrated in Margao, Goa which was launched by Shahrukh Khan, 43rd edition in Panaji, Goa (20th November to 30th November in 2012) which was inaugurated by Akshay Kumar.


The 1st edition of the film festival was held in Mumbai form 24th of January to 1st of February in the year 1952 which was organized by the Films Division, Government of India with the support of the first Prime Minister of India. In the same year in Delhi, it was inaugurated by the Prime Minister, Pt. Jawaharlal Nehru on 21st of February. The further editions of it have been celebrated in the subsequent years in New Delhi which was then moved to the Trivandrum. It was moved to Goa from Trivandrum in the year 2004. The image of the Goa was enhanced as a world-class film destination after the celebration of the 41st film festival.

The film festival of 2010 has paid honor to all iconic filmmaker to put forth the great movies to the society. It had paid the honored compliments to the eleven Indian artists and filmmakers (Pamela Rooks, Debu Deodhar, Ravi Baswani, Sujit Kumar, Bina Rai, K.Ashwath, Vishnuvardhan, Tahir Hussain, Abrar Alvi, Nirmal Pandey, Keshu Ramsay) who are no more. Life Time Achievement Award and Centenary Award are also distributed to the best actors of the film 44th edition of International Film Festival of India would be celebrated in the month of November in 2013 from 20th to 30th November in the Goa, India. From the year of starting of film festival celebration in India, it has celebrated 43 film festivals. The entries for the 44th edition of International Film Festival of India will be open in July-August with the entry fee of Rs 1500.

For more details of the entry, go to the website: www.iffi.nic.in