World Book Day Costume Ideas:- 23rd Anniversary World Book Day 2020 will be celebrated all over the world on the 23rd of April, on Thursday.


World Book Day requires just a bit more creativity than the average school day – but it’s all for a good cause. 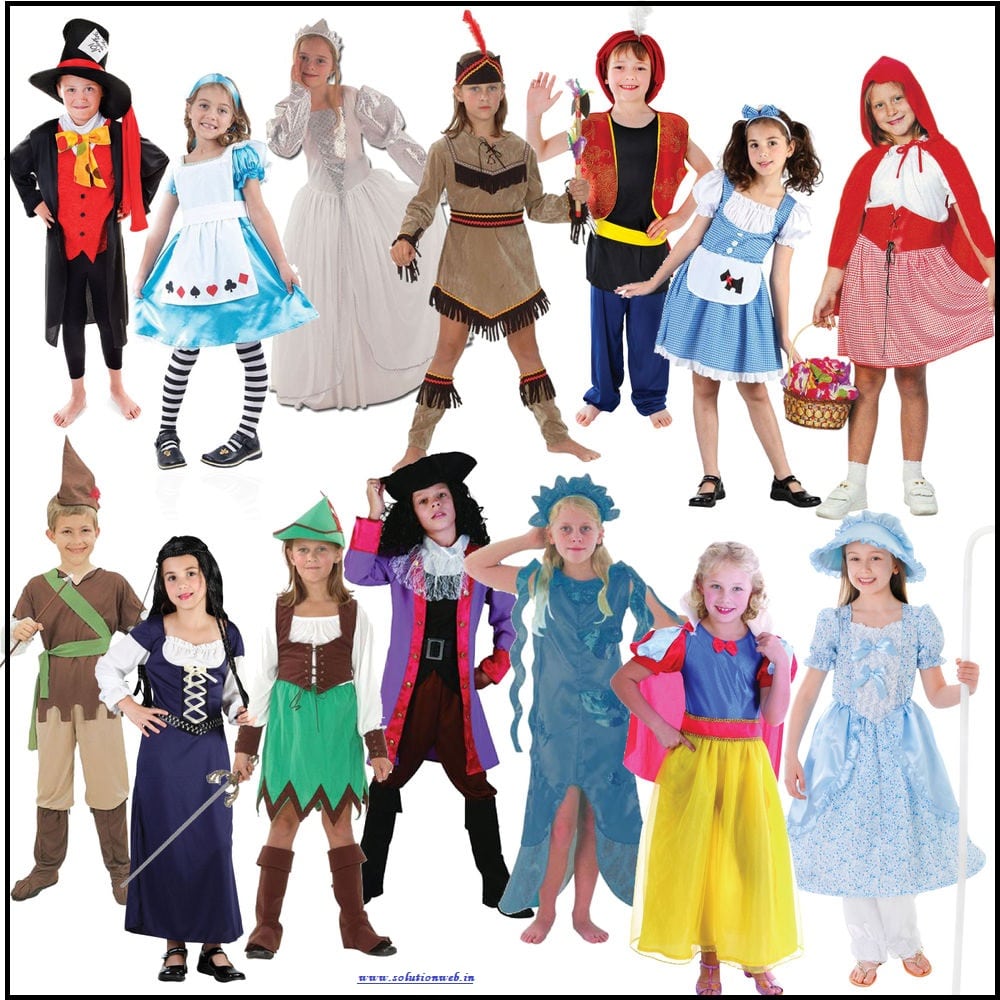 What’s more, dressing up your child to look like a book character doesn’t have to be expensive or time-consuming.

This year the day falls on Tuesday, 23rd April, and there’s still plenty of time to prepare a top quality costume for your littl’un.

Here are some suggestions for making an envy-inducing costume…

Think about the items you’ve already got, as there’s bound to be something useful.

If there’s an item of clothing that’s a specific color, or pattern, find a book character that wears that sort of thing and works from there.

Or maybe you’ve got a walking stick, pair of glasses, crown, parasol, magnifying glass or some other prop that would lend itself well to a specific character costume.

If your child has lots of sports gear you could choose a sporty character or a musical one if they play an instrument.

Outside Dahl, there’s also Sophie from Sophie’s Adventures, or Charlotte from Charlotte’s Web, which is both very adaptable, and David Walliams’ books have a lot of simply-dressed characters.

You’ve got Charlie Bucket who wears his own clothes and carries chocolate with him and a Golden Ticket, for example.

There’s also all of Charlie’s fellow factory guests, plus James from James And The Giant Peach, Matilda, the Girl from The Magic Finger, and many more.

Onesies or pajamas can be an excellent and very simple solution for dressing as animals or…. characters who wear pajamas.

You can get onesies that look like everything from unicorns to cows. Add a bit of face paint and you’ve got a convincing cat/ bear/ lion/ dinosaur, and so on.

Alternatively, you can use one of your child’s toys as a prop to be the character’s pet or animal companion.

And because there are so many stories about kids in their pajamas (Tom from Tom’s Midnight Garden, Sophie from BFG, Wendy from Peter Pan, the Grandmother from Little Red Hiding Hood) you’re spoiled for choice.

Fairytale characters are equally easy to put together and they range from princesses, fairies, and knights to goblins, elves, dragons, and gnomes.

Accessories like wands, wings, swords and fake noses can be bought from the Pound Shop or made from cardboard, toilet rolls or items found at home.

If you have a red hooded coat, Little Red Riding Hood is the perfect costume, and a fake beard can be sprayed blue for a Bluebeard costume.

Alternatively, if your child has a family of three cuddly bear toys, the character of Goldilocks is an option.

Hit up the web


They include the Peach from James And The Giant Peach, Alice In Wonderland, Mary Poppins, Where’s Wally?, Willie Wonka, Harry Potter and pals, Gandalf from Lord Of The Rings, Elmer the Elephant, Gangsta Granny, Captain Hook, the Wicked Witch from The Wizard Of Oz and so on.

If you’re still really stuck for ideas, eBay and Amazon have just about every costume on earth, including hundreds of book characters.