World Forest Day Quotes:- World Forestry Day or International Day of Forests is celebrated worldwide every year on the 21st of March at the international level in order to increase public awareness among communities about the values, significance, and contributions of the forests to balance the life cycle on the earth.

The significance of forests and their importance dates back even much before the prehistoric days. The forests promote or enhance the well-being of the environment, people, and animals. Today development in the industrial domain is at the cost of clearing away the forest and thereby reducing the vegetation.

These forests essentially function as habitats for organisms, hydrologic flow modulators, and soil conservers, constituting one of the most important aspects of the Earth’s biosphere. The forests help to control our planet’s temperature, provide us with oxygen and absorb pollution.

Studying in deep will make us realize that the place we are living in today was initially a forest area. 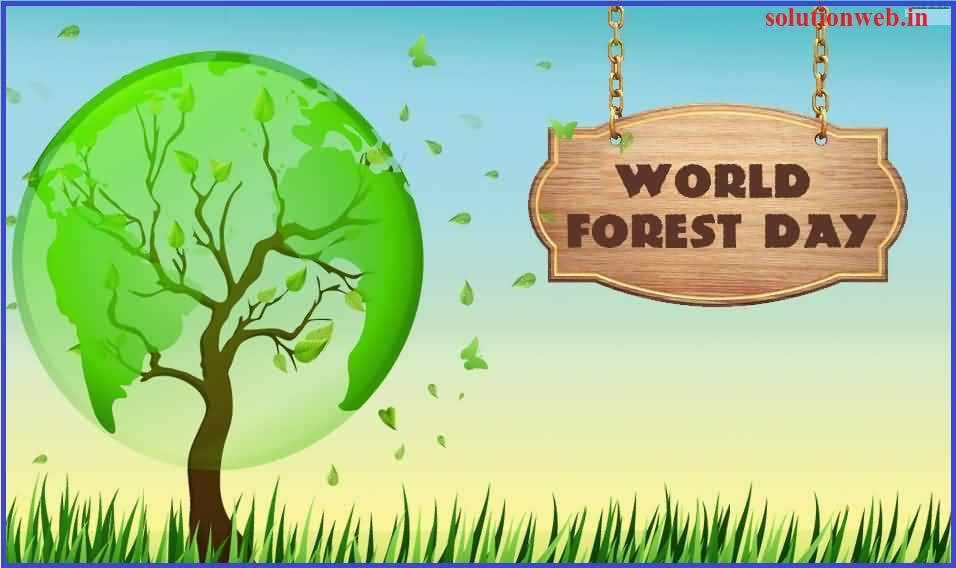 It took more than three thousand years to make some of the trees in these western woods…Through all the wonderful, eventful centuries since Christ’s time – and long before that – God has cared for these trees, saved them from drought, disease, avalanches, and a thousand straining, leveling tempests and floods; but he cannot save them from fools. – John Muir (1838-1914), Atlantic Monthly 1897

A people without children would face a hopeless future; a country without trees is almost as helpless. – Theodore Roosevelt (1858-1919), 26th President of the United States

Upon the rivers which are tributary to the Mississippi and also upon those which empty themselves into Lake Michigan, there are interminable forests of pine, sufficient to supply all the wants of the citizens…for all time to come. – Ben C. Eastman (1812-1856), Wisconsin congressman

I think that I shall never see A billboard lovely as a tree. Indeed, unless the billboards fall I’ll never see a tree at all. – Ogden Nash (1902-1971) from The Ogden Nash Pocket Book, 1943

Forests were the first temples of the Divinity, and it is in the forests that men have grasped the first idea of architecture. – Francois-Rene de Chateaubriand (1768-1848), Genie du christianisme, 1802 *

If ever you come upon a grove of ancient trees which have grown to an exceptional height, shutting out a view of sky by a veil of pleached and intertwining branches, then the loftiness of the forest, the seclusion of the spot and your marvel at the thick unbroken shade in the midst of the open spaces, will prove to you the presence of deity. – Lucius Annaeus Seneca (5 BC-65 AD), On the God Within Us, Moral Epistles, tr. Gummere, 1918