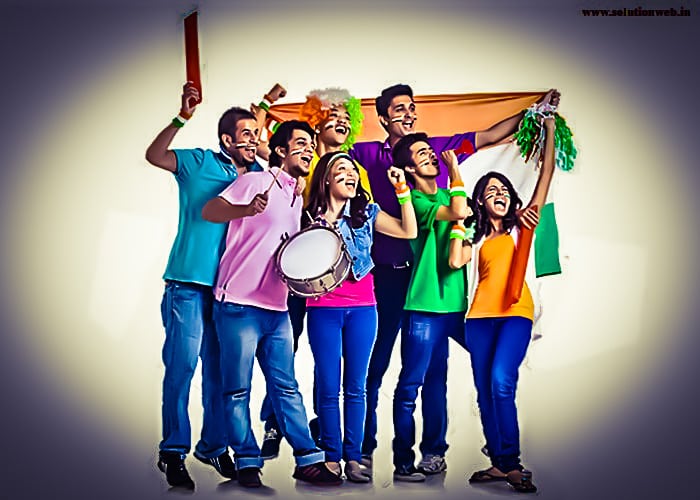 Young and National Integration in India

The younger generation is the foundation of any country. The way a building cannot stand without a strong foundation or base, so no country can live or progress without qualified, skilled and dedicated youth. If the youth are given the right motivation and opportunity, then any country will not be late in becoming a superpower. Although it is not possible to do this without developing a sense of national unity.Role youth promoting national integration.

The real unity of national unity means that all the people of the country should be thrown in a thread and brought them to a stage. It is a feeling that makes us proud of our heritage and binds all the people of the country in the same bond. The progress of any country depends on the youth there who play an important responsibility to take the nation on the important path of harmonious development. To keep the spirit of national unity alive, they should rise above all differences like caste, creed, religion, and language.

Our country has progressed in many directions, but youths of the country need to know that the spirit of unity sometimes has to face serious challenges. The force of extremism and fanaticism threatens to destroy the cherished ideals of a country and a person.  Today, the spirit of separation is prevailing in many places like Kashmir and the North-East.Role youth promoting national integration

There have been constant riots among different communities, with negative consequences for the country’s unity and integrity. We need to meet the obstacles in the path of national integrity like national conservatism, regionalism, ethnicity, casteism, and communalism.

India is home to followers of various religions like Hinduism, Islam, Christianity, Sikhism, Buddhism, and Jainism.

Youngsters should take the role of leadership

About 66% of India’s population is young and therefore their role in national unity is very important. We have a long and rich history of young people’s contribution to the freedom struggle. Although corruption is largely in the corridors of power today and most political parties live in search of growing themselves by dividing the country on the basis of caste, creed, and religion.

Young men and women of the new generation can play an important role in the socio-economic uplift of society.

The aim of youth should be to bring the country forward on the path of progress and prosperity and eliminate the suffering sufferers of society. And in this new era of hope and happiness, everyone has a different and obvious role in this wonderful work. Like a tooth in the machine.Role youth promoting national integration.

The need of the hour for the youth is that they should realize any challenges facing the country. They should not blame everything on politicians or powers that they are, therefore we have to sit down.

The unity of any country depends on the youth of that country. After all, they take the vital responsibility of handling matters related to national interests.