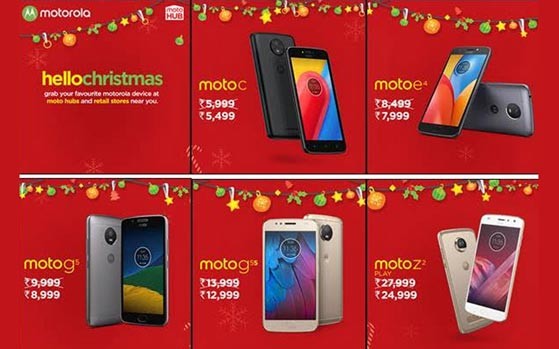 This Christmas and New year approaching Motorola have announced a price cut on its select range of smartphones. The offers are available at all leading mobile retail stores including MotoHub stores across the country.

Moto G5 at RS 8,999: The Moto G5 with 13 MP camera with phase detection autofocus, 1.4GHz Octa Core processor, Moto experiences like Moto Display and Moto Actions, Rapid charging feature and fingerprint reader will be available at Rs 8,999 during the sale period. The phone sells at Rs 9,999 on other days.